No parade, no march to the cenotaph, no choir or aircraft fly-over.

London's Remembrance Day ceremony on Nov. 11 will look a lot like last years - spartan, socially distanced and smaller than usual, even though most Londoners now have been vaccinated against COVID-19.

Organizers are sticking to the cautious approach, as they did when last year's stripped-down ceremony - held amid the pandemic's third wave - unfolded.

"My hopes would have been that things would have returned to normal by now, with a Remembrance Day parade and ceremony, as we have had in previous years," Randy Warden, the London-area zone commander for the Royal Canadian Legion and chair of the local Remembrance Day organizing committee, said Monday.

But with the age and vulnerability of veterans involved, Warden said now is not the time to let down the guard on safety precautions.

"This is not the event to test the boundaries," said Warden, whose committee expects to release its full plans Thursday when the Legion pins the first poppy of the Remembrance Day campaign on the mayor.

Typically on Nov, 11, London's cenotaph ceremony at Victoria Park would involve hundreds of participants and draw thousands of Londoners.

Last year, in sharp contrast, only 25 people were invited.

The biggest change this year, Warden said, is an increase in the number of people invited, with more than 100 military, RCMP, veterans and dignitaries.

"When the veterans and military form up, they will be socially distanced, they'll be open order and they will be double-arm distance apart," said Warden. "We will be masked. We are doing all the precautionary things that you would expect during these times."

Victoria Park [cenotaph area] will be closed to the public during the ceremony, but individuals and veterans' groups may lay a wreath on Nov. 10 from noon to 8 p.m, and on the early morning of Remembrance Day.

Warden is optimistic some of the 105 veterans who live at Parkwood Institute in London will be among those attending.

"It's very important to them to be together... and they've shared very strongly that they want to be together," said Heather Tales, director of the veteran's care program at Parkwood. The average age of Parkwood veterans is 94.

While as many as 40 to 60 veterans typically bus in from Parkwood to watch the cenotaph ceremony, last year COVID-19 restrictions kept them at the hospital.

Parkwood holds its own Remembrance Day service at 2 p.m, but Tales said it's important to its veterans that they be able to take part in the city ceremony as well.

Warden said he hopes the move to include Parkwood veterans goes off as planned.

"Speaking as a veteran, I was heartbroken that the numbers were so limited we could not include them last year," he said.

“One the 100th anniversary of the Poppy as Canada’s symbol of remembrance, DeAndre Holder (7), a grade 3 student at St. Rose of Lima Catholic Elementary School, presented London Mayor Ed Holder with the Legion’s Poppy100 pin. In return, the Mayor presented DeAndre with a City of London pin. The two spent some time together and talked about the importance of the Poppy and of Remembrance.” 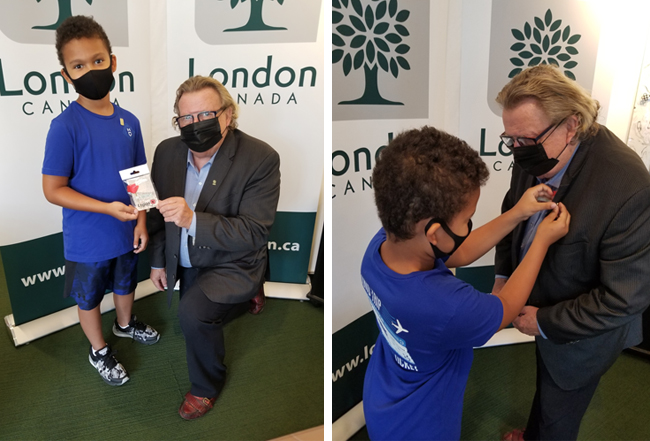 As you may be aware 2021 is the 100th anniversary of the Remembrance Poppy in Canada. Inspired by John McCrae's "In Flanders Fields" the Poppy was adopted as the flower of remembrance and as a way to raise money for Veterans' needs.

The Lions Club of Lambeth hopes to raise $50,000 for the Royal Canadian Legion Poppy Trust Fund. The GCC executive would like members to consider supporting this noble initiative. Details about the program are available at the link below.
https://www.lambethlions.com/poppy-program.html 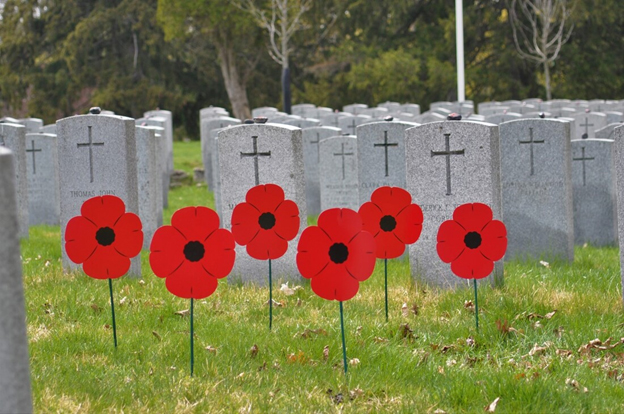 Good afternoon everyone,
Thank you for attending today’s important announcement. I am joined by Mayor Ed Holder and Zone A6 Poppy Chairperson, Mr. Ross Seip. My name is Randy Warden.

With 250,000 members, The Royal Canadian Legion is Canada’s largest Veteran support and community service organization. Zone A6 includes all four branches of the Legion within the City of London and Dorchester’s Donnybrook Branch. Locally, the Legion is home for 1,700 members, approximately one third are serving members of the RCMP or Canadian Forces, or Military Veterans.

The Royal Canadian Legion cares for all those who have served our nation. As members, we show our thanks by supporting and advocating for Veterans, by remembering their sacrifices, and by continuing the tradition of service in helping our communities.

The Poppy was introduced to Canada and the Commonwealth by Lieutenant-Colonel John McCrae of Guelph, Ontario, a Canadian Medical Officer during the First World War. John McCrae penned the Poem “In Flanders Fields” on a scrap of paper in May, 1915 on the day following the death of a fellow soldier. Little did he know then that those 13 lines would become enshrined in the hearts and minds of all who would wear them.

From the last Friday in October to Remembrance Day, millions of Canadians wear a Poppy as a visual pledge to never forget those who sacrificed for our freedom.

The Poppy Campaign is very much a local initiative, conducted by Legion Branches in cities, towns and communities across the country. Donations collected during the Poppy Campaign are held in Trust at the branch level to directly support Veterans and their families within their community and to help ensure Canadians ‘never forget’.

In 2019, local branches raised $220,000.00 in Poppy donations, with this in mind, and with fundraising challenges realized due to the Covid pandemic, our hope was to match donations of the previous year.

Albeit the Legion has fallen short of our objective, I am pleased to report the Donnybrook, Vimy, Lambeth, Byron Springbank and Victory branches have cumulatively raised $195,000.00 in Poppy donations. This represents 88% of our fundraising target.

The Legion is appreciative for the generosity of Londoners and for the volunteer support of numerous local Community and Veteran organizations throughout our campaign. Thank you.

These donations directly address emergency needs for Veterans and their dependents, medical equipment and research for local hospitals including the Parkwood Institute, drop-in centres, meals-on-wheels and transportation services for Veterans, refurbishing of housing accommodation and care facilities for Veterans in destitute circumstances, and programs in support of wounded warriors and homeless Veterans.

The need remains and for continued financial support. Donations to the Poppy Fund are welcome anytime throughout the year. To make a donation in support of the Poppy Fund, please contact your local branch of the Legion.

Contact information for each of our local Legions can be found at www.SupportVeterans.ca

Thank you for your continued support. 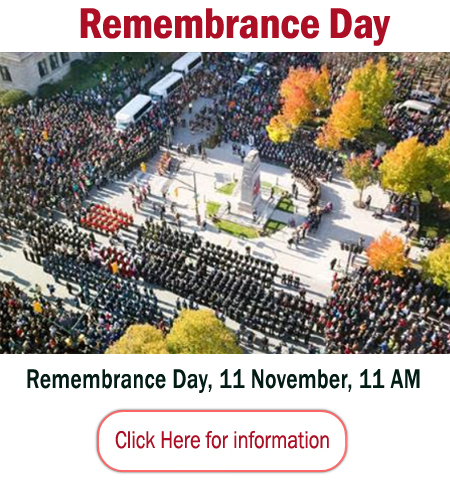 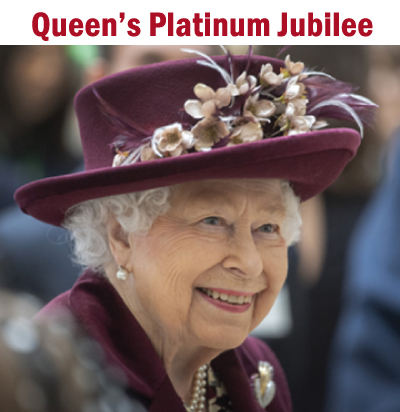